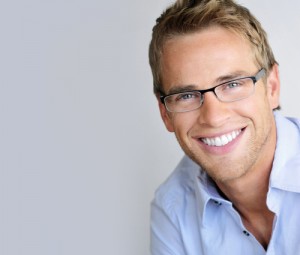 Nonprofits were hit hard by the recession. During 2005 to 2010, private charitable contributions fell by nearly 10 percent (after adjusting for inflation). In short, people just didn't have the money to give. And while it’s starting to rise, charitable donations remain significantly below pre-recession levels.

Celebrity nonprofits are a double edged sword. A recognizable name brings a huge visibility to a cause, but it also ties the nonprofit directly to the celebrity’s reputation. When Tour de France cyclist Lance Armstrong admitted to doping during his career, it directly affected Livestrong, the charity he had founded in 1997. In Livestrong’s fifteen years, it’s raised $500 million and helped 2.5 million people affected by cancer. They provide services free of charge, everything from free counseling to a transportation program to help patients get to and from chemotherapy treatments.

Armstrong’s doping allegations subjected the charity to a barrage of media attention and speculation on what was going to happen now that their leader had fallen into legal and personal troubles. They’ve severed ties, Armstrong quit the board, and the cycling jerseys from Armstrong’s now defunct seven Tour de France win have been moved out of sight.

Former Penn State assistant football coach Jerry Sandusky is another high profile example. His charity Second Mile was battered after Sandusky was accused and convicted of child abuse. The charity even faced legal trouble as a direct result of his actions. Following Sandusky’s child molesting convictions one of the victim’s filed a suit against Sandusky, the charity, and Penn State.

Where Sandusky’s Second Mile has been crippled by its founder’s troubles, Livestrong has persevered, renewing its support with partners including Nike and charging on without their founder. These high profile examples have also raised the discussion of appropriate insurance coverages for nonprofits. Reeling from PR disasters brought on by their famous spokespeople, nonprofits are becoming much more wary about their risks and liabilities.

How the nonprofit sector responds to these instances of bad publicity also shows the need for certain liability coverages. Professional liability, directors and officers liability, and employment practices liability all have emerged as top concerns. Cyber liability is also a growing concern for nonprofits operating in the digital age. The recession has also created other risks for nonprofits, particularly including collaborations, and mergers and acquisitions.

We invite you to take a look at each of our programs, and discover more about how we can help meet your clients’ needs. Please give us a call at (855) 403-5982, email us, or complete the above form, and one of our staff professional liability specialists will contact you.

What Our Clients Say